Under the state of emergency the legal situation in Turkey was dramatically changed by a series of decrees. Now with the new presidential system in place changes to the legal framework of the country continue to impact the country in ways often unknown to the broader public.

The Heinrich Böll Stiftung Istanbul is presenting here its report on the state of emergency in Turkey in the form of an online database in English and Turkish. The database sheds light on the recent structural transformation in Turkish state administration brought about by executive decrees (KHK) and 12 presidential decrees.

The report titled When State of Emergency Becomes the Norm: The Impact of Executive Decrees on Turkish Legislation had first been released in December 2017 still under the state of emergency. Afterwards it was updated in December 2018 so as to cover the entire state of emergency period. The study analyzes the 37 state of emergency executive decrees issued during the two years lasting from the declaration of state emergency on July 20, 2016 until its official end on July 19, 2018, as well as the 12 presidential decrees issued during the ten days when the Presidential Government System came into effect and the state of emergency was still on. The database categorizes under various headings the legal amendments introduced by the said decrees, providing information on which changes, additions and eliminations have been realized in which specific laws.

The study provides a comprehensive breakdown of the legal amendments and novelties introduced by decrees and is a unique reference for all who have to deal with the political and legal situation in Turkey. In addition, it aims to make a contribution to analysis for comprehending the structural transformation that Turkey's administrative structure has been subjected to, in a vast area ranging from national defense and domestic security to the judiciary system, from economy and social security to education and health.

By means of this web site, we have tried to render this voluminous and dense report more user-friendly and accessible for readers and researchers alike. The search engine allows you to search through the full body text as well as matching keywords with relevant paragraphs and decrees.

Aside from the search engine, you may also visit the “Changed Legislation tab” to access a list of the legal articles amended by the decrees or the “Affected Institutions tab” to learn about the institutions whose authority and functioning were transformed by these decrees. 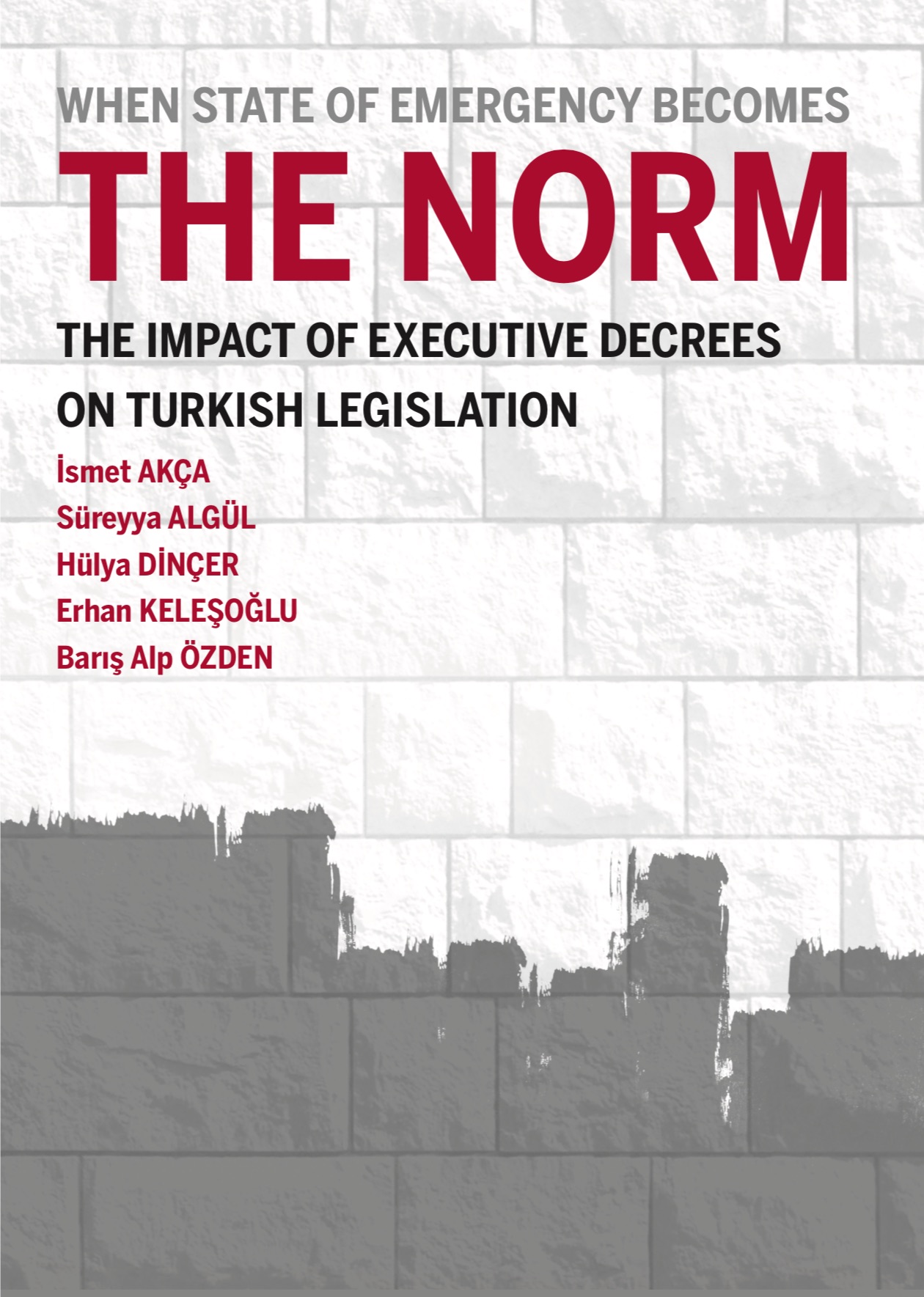